Last week in brief...We lead this week with two deals that fall to the higher end, value-wise, of the private equity spectrum in Africa. The Carlyle Group is teaming up with two former senior Tullow Oil executives to launch a new oil and gas investment platform targeting opportunities across sub-Saharan Africa. The platform, Boru Energy, will be run by Aidan Heavey and Tom Hickey, who will look to acquire what's described as "a portfolio of primarily non-operated interests" made up of oil and gas production assets in several countries.

Funding for Boru Energy's investments will be provided by Carlyle International Energy Partners, a $2.5 billion fund that backs oil and gas businesses around the world. Heavey and Hickey's "proven track records of successfully growing significant energy investments" provide the fund with a welcome opportunity to grow and invest in oil and gas opportunities in sub-Saharan Africa.

Africa Coal Partners, an SPV set up and managed by Duet Group, has acquired a significant stake in Mbuleyo Coal. The deal sees the Hong Kong incorporated investor spending a little over $100 million to acquire a stake in the South African coal producer from Ichor Coal. The transaction, which is subject to regulatory approval, is expected to complete by the end of the first quarter next year.

Amethis is fully exiting an asset it first backed in 2014, selling its stake in Compagnie de Distribution de Côte d'Ivoire or CDCI to fellow stakeholder Retail Holdings, a large Moroccan retailer, which now owns a majority of the Ivorian retail business. The Paris-headquartered private equity firm had originally acquired 35% of the business in 2014 in partnership with Label'Vie Group, one of Retail Holding's subsidiaries.

Sanari Capital has announced an investment in Edulife Group, earning a significant minority stake in the largest independent school group in South Africa's Free State. As well as helping to fund an additional school. Sanari's investment will also be used to upgrade and modernize the group's existing schools' facilities.

For its second deal in Mali this year, Moringa is taking a significant minority stake in a soft drinks business. The impact investment firm is backing Société des Boissons et Eaux minérales du Mali or SOBEMA, giving the firm a capital infusion that will be used to launch a portfolio of drinks products made from locally sourced ingredients. These are likely to include mineral waters, fruit juices, and flavored drinks.

And finally, Helios Towers' rekindled IPO plans took another step forward last week, with the tower company pricing the planned offering according to Reuters. The share price gives the company an implied valuation of between $1.4 billion and $1.8 billion. The stock is expected to start trading on the London Stock Exchange later next week. 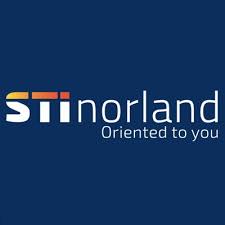