Last week in brief…The largest private equity deal in Africa last week saw Helios Investment Partners team up with Vitol, one of the world's largest independent energy traders, and pay $276 million to acquire 60% of the economic rights and 51% of the voting rights in integrated energy group Oando Plc's West African downstream business. Once necessary regulatory approvals have been granted and the deal is completed, the new downstream and retail business will be established as a standalone, independent company and will be led by a local management team. Its assets will include over 400 service stations in Nigeria with supporting infrastructure, made up of 84,000 tonnes of storage and a newly built inbound logistics jetty. The new business will be the second largest downstream fuels company in Nigeria, with a market share of 12 per cent.

In other deal news, Kibo Capital Partners has sold its 40% stake in Uganda-based International Medical Group (IMG) to a consortium made up of Ciel Group and Indian healthcare operator Fortis. Terms of the deal went undisclosed. Kibo originally invested in IMG in January 2012, further boosting its holding in the company in August last year by acquiring an additional 12% stake from TBL Mirror Fund. The deal marks Kibo's complete exit from the company.

Meanwhile, in their second reported deal in as many weeks, private equity firm Africa Integras has entered into a public-private partnership agreement with Kenyatta University to invest $11 million to build student hostels providing 10,000 beds for the University's undergraduate and post-graduate students. The deal is one of a number of PPPs approved by the country's Cabinet Ministers in May, under a framework through which the government hopes to attract $25 billion in private capital infrastructure investment over the next 10 years. Some expect the deal and the cabinet's approval of PPPs could prompt a flood of capital to flow into Kenya's education sector, fueled by strong growth in demand for education and the accompanying billions of dollars in revenue generated annually by the rising numbers of students.

And in another education sector deal, Investbridge Capital and Centum Investments announced that they are teaming up with education firm SABIS Holdings to set up a firm which will "invest hundreds of millions of dollars" establishing schools in Africa. With aims to launch 20 schools in the next three-to-five years, Investbridge and Centum will put up the funds while SABIS will run the schools. Each school is expected to require between $20 million to $30 million in investment capital.

There were a couple of interesting private equity portfolio company-related items last week. The debt restructuring process at Bain Capital's South African retailer, Edcon, took another step as Bloomberg reported that holders of $475 million of the the company's 2019 bonds will be asked to take a loss on their holdings. And Platinum Power, the Moroccan renewable power development company owned by Brookstone Partners, signed an agreement last week with the Government of Cameroon to invest almost $846 million to develop a hydro-electric project in Makay. The project is due to start generating 400MW of electricity once the project is completed in 2020, and the company plans to sell the renewable energy to ENEO, the country's largest utility which is majority-owned by emerging markets investor Actis.

And finally, some significant job announcements caught our attention last week. KKR has appointed Dominique Lafont as a Senior Advisor in what the Financial Times reports is a sign that the private equity firm is looking to invest in the continent's infrastructure. Most recently, Lafont headed Bollore Africa Logistics, the region's largest ports and logistics network. In another private equity hire, Alex von Sponeck, the former Managing Director and Head of Financing Origination for CEE and MEA at Bank of America Merrill Lynch, has joined Africa-focused private equity fund, Helios Investment Partners, as a Partner. And respected TMT lawyer Remy Fekete has left Gide Loyrette Nouel, where he headed the firm's Intellectual Property - Telecommunications, Media and Technology (IP-TMT) practice to join global law firm Jones Day. While Fekete's practice will focus on Telecoms Media and Information, he will play a leading role in the development of the firm's Africa practice. 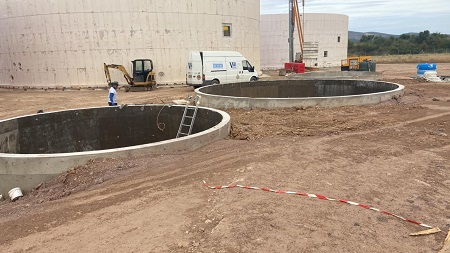