The week in brief…Africa's power sector saw the biggest investment deal last week. On the sidelines of U.N. General Assembly meeting in New York, Highland Group Holdings signed an agreement to co-invest $100 million alongside Symbion Energy in a methane gas power generation project on Rwanda's Lake Kivu. The capital allows Symbion to begin work in earnest on the project in November, starting with the rehabilitation and expansion of KP1, a plant the power developer acquired in 2016.

High profile alternative investment firm Ethos Private Equity made a deal involving itself last week with the sale of a 30% stake to a consortium made up of RMI Investment Managers and Royal Investment Managers. It's expected that Ethos will reap a number of benefits from the deal. Among them, fresh capital to push the firm's growth strategy more quickly and access to the consortium's distribution networks and its broader base of potential investors.

Staying in the realm of financial services deals, it was announced that AFIG Funds is backing FSDH Merchant Bank in an undisclosed deal. Based in Nigeria, FSDH offers a range of services including merchant, corporate and investment banking solutions as well as asset and pension fund management services. The transaction was dibe via Atlantic Coast Regional Fund II which backs established, successful companies who are looking for growth capital. According to AFIG Fund's website, the fund's investment ticket size ranges between $5 million and $20 million.

In South Africa's media sector, Africa Special Opportunities Capital completed its deal to recapitalize Okuhle Media. The transaction was prompted earlier by a number of events destabilizing to South Africa's film and TV industry earlier in the year. The transaction is being done via ASOC Fund I, which typically invests up to R50 million or $3.8 million in each transaction.

Milost Global, an Africa-focused private equity firm headquartered in New York, is launching a $1 billion SME fund in partnership with investment holding company Monnaie Africa. Isilo, as the General Partnership will be know, will be domiciled in Mauritius, with Milost holding a 70% interest in the firm. 10-year, generalist private equity fund will target buyout and restructuring opportunities in small and medium-sized enterprises on the continent.

Mediterrania Capital's latest fund has received a capital commitment from another development finance institution. The Africa Development Bank has approved a $15 million equity investment in the planned €250 million fund which will invest in companies in North Africa as well as a select number of sub-Saharan countries.Over the last few months, several DFIs including the IFC, EIB and EBRD have indicated they are committing capital to the fund.

Imara Holdings is acquiring Kura Capital to create one of the larger pan-African asset management companies with $200 million in assets. The deal is expected to close once standard regulatory approvals have been granted. Imara is owned by FWA Financial, an investment company backed by nine family offices from the USA, Europe and South Africa with significant experience of investing Africa and within the financial services sector.

Finally, there were a couple of interesting industry published last week. In Rand Merchant Bank's annual "Where to invest in Africa" report, Egypt takes the top spot for 2018, displacing South Africa for the first time since the report's inception. And a new report from the African Technology Foundation and the Liberalizing Innovation Opportunity Nations partnership takes a continental, regional, and industry specific look at the evolution of technology ecosystems on the continent.

You can review these and other stories by clicking through to this week’s complete issue of Africa Capital Digest. 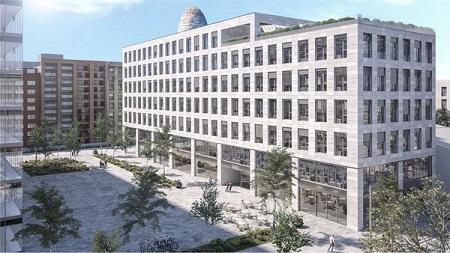 Spanish specialist office investor and developer CONREN TRAMWAY and as...