Last week in brief… As if to underline a contributed article that appeared in the Financial Times last week on how, in many African countries, the solar power technology has reached grid cost parity with conventional sources of power which should dramatically boost its usage in the continent's energy mix, Investec Asset Management announced a significant private equity investment in Mobisol, a provider of solar home systems in East Africa.

This transaction was the most high-profile of the week. Berlin-headquartered Mobisol, which is already well-established in the Tanzanian and Rwandan markets, will use the fresh capital to accelerate its expansion in both existing and new markets. Efforts are already underway to penetrate the neighboring Kenyan market.

Otherwise, it was a relatively quiet week, deal-wise. Africa's largest fund manager, the Public Investment Corporation and its partner, Business Ventures Investments, had their bid to acquire Sub-Saharan Industrial Holdingsapproved by the South Africa's Competition Tribunal. Between them, both investors will own 75% of the transport and logistics company. And Motlekar Holdings, which is described as a private equity enterprise, invested in what appears to be a distressed opportunity by acquiring grounded airlineLCC Skywise in an undisclosed deal. Skywise started operating flights between Johannesburg and Cape Town in 2015 before being grounded due to its failure to pay its bills.

We found out last week that Metierheld the final close for its second fund in mid-September, raising a total of R2.8 billion or a little over US$200 million from a broad range of institutions – development finance institutions, fund-of-funds as well as a range of South African pension funds and other asset managers. The fund aims to deliver returns in line with the track record of Metier’s team, namely a 36% IRR and 2.6x money (in South African Rand, gross). A total of fourteen investors committed capital to the fund raise, eight of whom are re-upping from Metier’s prior funds.

On a smaller scale, the IFC revealed last week that is mulling a $7.5 million commitment to Fanisi Capital’s second fund which will target private equity opportunities in SMEs in East Africa. The fund, which is targeting $75 million with a hard cap of $100 million, is hoping to hold a first close during the final quarter of this year. The development finance institution's board is expected to met in early November to review the proposed investment.

As you may have heard, there's a growing consensus of an inflating private equity bubble in Africa recently as more and more capital chases a small number of potential deals. The Boston Consulting Group thinks differently. In spite of the risks, it finds that the continent remains one of the world’s greatest growth opportunities for the private equity industry and takes a look at the factors that underpin this bullish outlook.

And finally, Nigeria’s government in planning to raise significant debt in the coming months to finance the US$19.4 billion plan to jump start the country’s slumping economy. A piece by the Brookings Institutionlooks at the upcoming auctions and at why the country’s Debt Management Office is confident of Nigeria’s ongoing ability to service the debt. 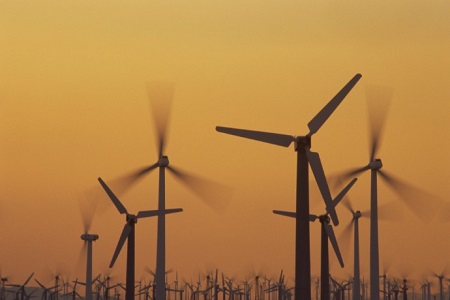