Last week in brief… Private Equity watchers in Africa last week saw the return of a number of prominent funds to the deal market. Two, in fact, were on the opposite sides of the same deal. The third, meanwhile, backed a company with global ambitions.

In the first instance, AfricInvest, the Tunisian headquartered, pan-African midcap private equity firm, is selling its stake in Générale Emballage in a $55 million secondary deal. The buyer is a consortium made up of fellow private equity investor Development Partners International or DPI and German development finance institution, DEG. They're buying a 49% stake from AfricInvest and the packaging firm's founding family in a bet that the projected increase in consumption by Algeria’s growing middle class combined with the shift toward more local production across consumer industries will continue to deliver the sort of growth the firm has enjoyed during AfricInvest's involvement. According to them, since they first invested in the business in 2009, it's generated significant growth, expanding its turnover and EBITDA five and eight times respectively.

The third prominent firm to make news in Africa last week was The Carlyle Group. They're investing an undisclosed amount through the $698 million Sub-Saharan Africa Fund and taking a majority stake in Amrod, a supplier of promotion products and clothing to distributors in South Africa and other neighboring countries. Along with the capital, the firm's founding trio, Amit Brill, Nimov Barlev and Craig Friedman, are hoping to leverage the alternative asset manager’s experience and reach to achieve the Amrod’s growth ambitions.

In other deal news, Proparco, the French development finance institution, is making a €10 million equity investment in Activa Group, a life and non-life insurer with operations in Cameron, Ghana, Guinea, Liberia and Sierra Leone. The capital will be used to support Activa’s growth plans for Central and West Africa, which in common with other sub-Saharan markets outside of South Africa, are thought to offer significant opportunities on the back of the continent’s growth rates, expanding middle class and poor insurance penetration levels. As well as Activa’s potential to deliver significant investment returns, Proparco’s backing is also motivated by the insurance sector’s ability to positively impact development over time by channeling consumer savings into long term investments in the region’s companies and infrastructure projects.

In more exit news last week, Investisseurs & Partenaires, the private equity impact investor, announced it was selling its stakes in Duopharm, a Senegalese pharmaceutical distriburot and CDS, a Mauritanian water and energy provider to rural and other underserved communities in the country. A group of 150 pharmacies who helped launch Duopharm in 2003 is the acquirer of I&P's 24% stake, while Engie Rassembleurs d'Energie and Monaco-based SADEV are buying I&P's 30% stake in CDS. Additional terms of either transaction were not disclosed.

Musa Capital, the Africa-focused private equity firm, officially “launched” its Namibia Mid-Cap Fund in Windhoek last week. The fund, which has already garnered some N$300 million (or almost US$22 million) in commitments from a number of investors including the country’s Government Institutions Pension Fund, is looking for an additional N$150 million (approximately US$11 million) for its final close. The fund will target growth opportunities in Namibian SMEs operating in a number of sectors including companies delivering services across the food value chain, those providing retail financial services, healthcare and education solutions as well as light infrastructure opportunities.

Some private equity-backed portfolio companies were also doing deals last week. Having received “above R100 million” in fresh backing from private equity firm Apis Partners two weeks ago, Direct Pay Online Group or DPO, the largest online payments processor in East Africa, announced that it is merging with South Africa’s PayGate. The move creates a major pan-African online payment processor servicing local business owners in 24 countries from Cameroon to Mauritius. No additional details of the transaction’s terms were reported. PayGate will be integrated into the Direct Pay Online Group and the company’s Managing Director, Peter Harvey, will continue to lead the combined group’s activities in the South Africa Common Monetary Area.

Interswitch, the digital payments and e-commerce company which is majority-owned by Helios Investment Partners, Adlevo Capital and the IFC, has completed the deal to acquireValue Added Network Solutions or VANSO. The transaction, which was initiated in February, was reportedly worth N15 billion (approximately $48 million today) then, but no details on whether any price adjustments were agreed following the Naira's devaluation were reported.

For those data junkies among us, AVCA released the results of its latest biannual data tracker last week. In this snapshot of private equity activity on the continent for the first half of 2016. It appears that deal activity remains strongest in the sub $250 million deal sector, with an absence of large deals holding the overall total for deal activity in the first 6 months to $0.9 billion. On the fundraising front, the total raised hit $1.1 billion which is trending downwards compared to 2015’s full year figure of $4.3 billion. However, 2016 has so far not seen the close of any funds hitting close to or over the $1 billion mark, unlike 2015.

Finally, Africa’s need for significant infrastructure investment is well-documented, and investor risk perception of the continent’s infrastructure projects is well-known. In a just-published paper, Amadou Sy and Rabah Arezki of Brookings Africa Growth Initiative explore the reasons behind investor reluctance and recommend strategies on how to attract capital from long term private capital investors. 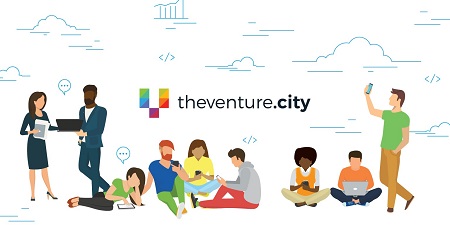