Last week in brief...Some of Africa's larger private capital investors were involved in deals and fundraising on the continent last week. We lead with A.P. Moller Capital's plan to acquire Kenyan power producer IberAfrica Power from First Independent Power. The deal, which needs to receive Comesa Competition Commission approval, is the first step in a $200 million investment plan to invest equity capital in greenfield and brownfield power and energy infrastructure assets in the East African country.

Allianz Global Investors and Germany's KfW Development Bank have teamed up to launch a new fund-of-funds to invest in African private equity and venture capital funds. AfricaGrow, as the new fund-of-funds is called, has been initially capitalized with €170 million (approximately $188 million) which will be invested in funds on the continent which target opportunities in startups and SMEs.

In other fund news, Dutch development bank FMO is considering a commitment to AfricInvest's latest fund. AfricInvest Fund IV, which is aiming to raise $500 million by the final close, will make growth capital investments in midcap companies in Africa, sourcing its opportunities from among those businesses that are well-positioned in their own domestic markets and have the potential to become regional champions.

Having closed its Series A round less than 6 months ago, Opay has announced that it has raised another significant chunk of capital for its Series B, once again, much of it from China-based investors. The Nigerian mobile wallet and motorbike ride-sharing business has landed $120 million to add to the $50 million it raised for its Series A in July. Among the new investors participating in this round are GaoRong Capital, SoftBank Ventures Asia, Bertelsmann Asia Investments and Redpoint China.

AfricInvest is making an investment in Heetch, lifting the total amount of capital raised by the ride-sharing platform for its Series B round to $42 million. The Tunis-headquartered private equity firm is committing $4 million to the round, adding to the $38 million raised by the company in May this year. The capital has been earmarked for Heetch's expansion plans in francophone Africa.

And finally, Investec Asset Management has unveiled its new name and branding. Having received the necessary regulatory approvals to decouple itself from its financial services giant parent, Ninety One, as the firm will be known, plans a dual listing in London and Johannesburg during the first quarter of next year. 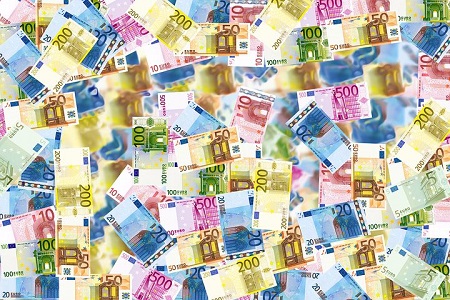