Last week in brief...In terms of deal value, the prizes this week went to two private equity-backed businesses...one new and the other well-established. Denham Capital is responsible for the newer of the two. The private equity firm announced late last week that it was setting up a power investment company in partnership with Themis to back and develop natural gas-fired and renewable power projects across the continent. Named Neo Themis, the company will be based in Casablanca and will initially allocate $250 million from Denham's International Power Fund for equity investments in projects across the Africa.

The second of the two relates to a potential exit opportunity for its investors. Helios Towers Africa announced that it is planning an IPO on both the London and Johannesburg Stock Exchanges in early April. The secondary offer existing shareholders in Helios Towers Africa with an opportunity to partially realize their stakes. The company's private capital backers include Helios Investment Partners, Soros Fund Management, Albright Capital Management and RIT Capital.

An actual exit also made news this week. LeapFrog Investments has sold its stake in Petra Trust, Ghana's largest independent pensions trustee. The buyer of the 43% stake is fellow private equity firm, African Capital Alliance who are transacting the acquisition on behalf of their fourth fund. LeapFrog originally backed Petra Trust in 2014, earning a 25% holding in the company. With their help, Petra Trust's management team has grown the business into the leading independent pensions trustee in Ghana which today manages over $310 million in assets.

Ethos Private Equity is making its sixth investment on behalf of the Ethos Mid Market Fund I and backing a corporate internet service provider based in South Africa. The replacement capital deal sees Ethos investing alongside the company's current management in exchange for a 31% stake in Echo, a Global ISP Services provider headquartered in Sandton. Founded in 2010, Echo joins Autozone, Twinsaver, Eazi Access, MTN Zakhele Futhi and Kevro in the fund's portfolio.

Zimbabwe's Takura Capital has bought Vanduzi, Mozambique's largest fresh vegetable producer following a competitive auction. The seller of the business is a UK-based family office which was advised exclusively by Verdant Capital. The Vanduzi acquisition offers some strong synergistic advantages with one of Takura's current portfolio assets, Cairns Holdings, one of Zimbabwe's leading integrated agri-to-FMCG businesses, which the private equity firm backed with a reported $33 million in 2015.

Dutch impact investment firm Goodwell is backing a business that provides microfinance institutions with a cloud-based banking platform. The business, Oradian, signed on its first customer in Northern Nigeria in 2013, since when it has grown to serve more that fifty financial institutions in seven countries. Oradian's platform, Instafin, is sold as a subscription service based on the number of end clients served by its financial institution users. The capital will be used to support Oradian's expansion plans across the continent and develop its business and commercial teams.

Finally, CDC Group announced two new senior hires last week. Chris Coles becomes the development finance institution's new Chief Investment Officer, joining from Actis where he had held several senior roles including Chairman of the Executive Committee, Chief Operating Officer and having a seat on the company's Board. And

Tenbite Ermias joins CDC from McKinsey & Co., where he had been a Partner for the last three years. As Head of Africa, he will be responsible for leading the development of CDC's business on the continent. 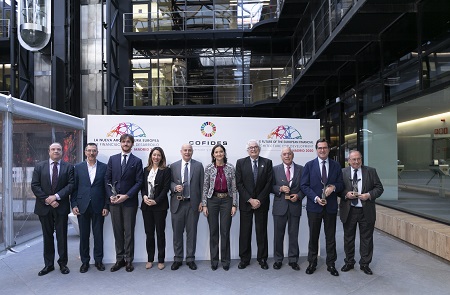