Last week in brief… If the prior couple of weeks had been notable for their lack of deals, last week' activity went some way to making up for any signs of weakness. The largest amount of capital being promised came courtesy of multilateral finance institution, Africa Finance Corporation, which announced plans to invest up to $140 million in a number of infrastructure projects being developed by the Gabon Special Economic Zone, a joint venture vehicle of agricultural firm Olam International and the Government of Gabon. Among the number of infrastructure projects their backing will support are a minerals terminal and a grain terminal. The initiative is a critical element of the Gabonese republic’s “Emergent Gabon Strategy”, which seeks to reduce the country’s reliance on crude oil and diversify into other sectors.

Staying in West Africa, Vantage Capital announced that it is is backing Landmark Africa, a Nigerian property development firm, with $20 million. The deal marks the second deal for Vantage's third fund, which is still in-market looking for $260 million for its final close. Landmark is currently developing Landmark Village, a mixed-use precinct on Lagos's affluent Victoria Island and has already completed a 2,500 person events center, a Japanese Shiro restaurant and a Hard Rock Café. A state of the art training center and two multi-tiered office buildings with over 20,000 square meters of office space are also planned.

Mediterrania Capital Partners continues to deploy capital from its second North Africa-focused fund which closed with €120 million in August last year. In its second deal in as many weeks, the Maghreb-focused private equity fund announced an undisclosed investment in three North African retail clothing businesses owned by the Ben Salem Group. Capital Trust-managed Euromena III, a $150 million vehicle, is investing alongside them. Daniel Viñas, the Partner who led the deal on behalf of Mediterrania Capital, and Albert Alsina, the private equity firm’s CEO and Managing Partner will take seats on the Ben Salem Group’s board as part of the deal.

Meanwhile in South Africa, Convergence Partners and Stockdale Street, the firm that represents the Oppenheimer family interests' South African private equity portfolio, announced the acquisition of e4, a South African technology company that sells its services to the financial services, legal and retail clients. Terms of the deal were not disclosed. Convergence’s investment is being made through the firm’s $200 million Communications Infrastructure Fund, which held its final close in August last year. The investment will help the company push growth through a combination of new product and service development initiatives as well as acquiring additional clients in other geographies.

And finally, last week saw the official launch of African Rainbow Capital, the new financial services venture set up by Patrice Motsepe which will focus on financial services and private equity investments. The firm, which will be headed by former Sanlam CEO Johan van Zyl and former Sanlam Investments CEO Johan van der Merwe, is looking to build a portfolio of assets in the banking, insurance, distribution, asset management, property, private equity and healthcare sectors. According to Business Day, the firm, which has a R10billion (about $680 million) commitment from the Motsepe family trust’s Ubuntu-Botho Investments, has already made a number of investments in partnership with Sanlam. 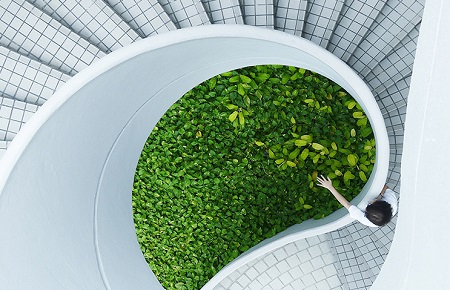