The private equity deals in Africa last week tended to the smaller end of the spectrum. We start in North Africa, where SPE Capital is backing an established generic pharmaceutical manufacturer in Egypt on behalf of the SPE AIF I Fund. It's the second pharmaceutical sector deal for the Tunis-headquartered private equity firm which is investing an undisclosed amount of capital in Future Pharmaceutical Industries. The investment is the first institutional capital that FPI, which was founded in 2007, has taken on.

Àrgentil Asset Management has completed a follow-on investment in Chocolate City Group, one of its portfolio holdings. The deal, which is being transacted via Àrgentil Principal Investment Portfolio II (APIP II), allows the media and entertainment groupto use the proceeds to launch a second location, the first step in a strategy to roll out a chain of restaurants and lounges in key locations in Nigeria.

Uber is buying fellow ride-hailing company Careem for $3.1 billion in what will be the MENA region's biggest ever tech transaction when it closes early next year. It's not strictly a pure Africa story because Careem operates in over 120 towns and cities from Morocco through the Middle East to Pakistan, but it obviously very noteworthy. Careem has had several private equity owners, including The Abraaj Group, who sold their stake to Kingdom Holding a couple of years ago. They and other investors will all have the opportunity to exit their holdings.

In other exit news, Fanisi Capital is reportedly selling its stake in Haltons Pharmacy, the retail pharmacy chain it first backed in 2013, to mPharma, a 6-year old Ghanaian startup that manages prescription drug inventory for pharmacies and their suppliers.

The deal marks mPharma's first foray into East Africa. According to Haltons' website, the pharmacy operates 20 branches in several Kenyan cities giving the venture-backed acquirer a strong presence in the market.

The largest fundraising item was in the infrastructure sector. Meridiam, the French investment firm, has re-closed the Meridiam Infrastructure Africa Fund (MIAF), having landed more than two and a half times the capital it originally set out to raise when the fund was launched in 2015. MIAF now has €546 million (or about $615 million) in hand, following the re-opening of the fund late last year.

Two new private equity fund managers got commitments from the African Development Bank for their maiden funds last week. Both are in West Africa. Lagos-based Uhuru Investment Partners has landed $20 million from the Bank, which provides the foundation for its $200 million Uhuru Growth Fund I which will invest in middle-market companies in the region, with a particular focus on consumer-facing and financial services businesses.

The other beneficiary is Abidjan-based Adiwalé Partners, for whom the Bank's board Board has approved an investment of €12.5 million (or about $14 million) in Adiwalé Fund I, a private equity fund which will back SMEs in Francophone West Africa. The fund has a final close target of €75 million (or almost $85 million).

Now that the first quarter is officially over, we wanted to draw your attention to a handy source of information on all the key deal and fundraising activity that took place. We've pulled together key data on the deal values and their stake sizes as well as the funds launched and closed over the past 3 months. Reasonably priced, we hope you'll agree that it is an invaluable summary for you and your colleagues to use and review.

Finally, news of a service provider re-brand. Global investor services firm SGG Group now has a new name, bringing together the group of acquisitions the Luxembourg-headquartered firm has made under one brand. IQ-EQ, as the group is now called, brings SGG, First Names Group, Augentius, Iyer Practice, and Viacert together under the same banner. 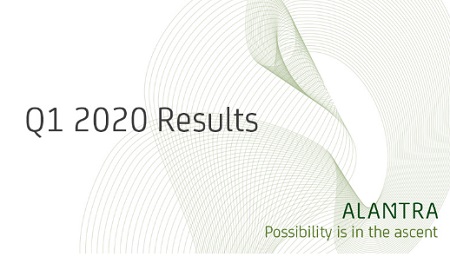