There were two major fund announcements over the period. In the first, Gulf Capital, one of the larger and more active alternative investment firms in the Middle East, has held the final close for its second debt fund, Gulf Credit Opportunities II, achieving over $250 million from a broad range of investors including sovereign wealth funds, international institutional investors, regional insurance companies, foundations and family offices. It's anticipated that the fund will make between 10 and 12 investments across all target regions, ranging between $15 million and $30 million in size. In addition to Sub-Saharan Africa, the fund will look for opportunities in the Middle East, North Africa and Turkey.

The second fund raising story also originated from a predominantly MENA-focused private equity firm. EuroMena III, a Capital Trust-managed private equity fund, held a final close $150 million, receiving capital commitments from a number of development finance institutions. The fund's strategy sees EuroMena expanding its horizons from the Middle East and North Africa to start sourcing opportunities in sub-Saharan Africa for the first time. The fund will look to build a diversified portfolio of assets in sectors that include retail and consumer products, food and beverage, education and healthcare, energy, financial services and information technology.

According to reports, Aavishkar, an impact investor based in India, is planning to raise $150 million in invest in African opportunities. The fund will start being raised in the middle of 2017 and is expected to hold its final close the following year. The new African fund will focus on businesses which target lower income consumers with a particular emphasis on those in the agricultural, fintech, education, energy and healthcare sectors. It's expected that the fund will make investments ranging in size from $500,000 to as much as $5 million. Opportunities in Kenya, Tanzania, Rwanda, Ethiopia, Nigeria and Ghana will be of particular interest to the fund.

In other fundraising news, OPIC, the US Government's development finance institution, is supporting Unreasonable Capital's raise for its first fund with $5 million in financing. The investment is being made via the DFI's Innovative Financial Intermediaries Program, an initiative to support smaller-scale, impact-oriented financial intermediaries and investment vehicles.

The biggest transaction sees private equity investor Wendel Group, which struck a deal to acquire Tsebo Group from a Rockwood Private Equity-led consortium in a R5.25 billion deal in September last year, invite Capital Group's Private Markets group to co-invest in the deal and buy a 35% stake in the South African logistics firm. Capital Group Private Markets is making the investment through CIPEF VI, a $3 billion fund building a diversified portfolio of emerging markets private equity assets. As part of the deal, Capital Group will enjoy some representation of Tsebo's board. Wendel will retain the 65% balance of the ownership in the firm.

At the other end of the continent, Alter Semper Capital and CI Capital Partners are jointly backing an Egyptian consumer healthcare company in an undisclosed deal. While the amount of capital invested was not disclosed, Africa Capital Digest was told in an emailed response that "...we target a minimum of $50 million+ of deployment for investment and this deal is consistent with this target." The fresh capital has been earmarked by the company to further develop its product range, pursue its regional expansion plans and enter the complementary medical device market.

AfricInvest, the pan-African midcap private equity firm, is investing $18 million in Azalaï Hotels, the holding company of one of the ECOWAS region's main pan-African hospitality groups. The capital will be used to support the group's expansion plans which call for an increase in capacity to 1,600 rooms by 2020 by both extending and upgrading its current portfolio of hotels as well as accelerating the opening of new hotels in Conakry, Dakar, Lomé and Niamey.

DOB Equity, a Dutch Family Office, has led a consortium of investors backing PowerGen Renewable Energy's Series A round with $4.5 million. PowerGen will use the fresh capital to expand its current micro-grid portfolio, providing over 7,500 customers with connections to the grid and providing more than 50,000 people with access to electricity within the next two years.

And finally, with Donald Trump's inauguration a little less than two week's away, a couple of perspective pieces on what those interested in African investment need to think about. In the first, Aubrey Hruby reminds us in Newsweek that the United States will still have an Africa policy despite perhaps having a more inward-looking administration. It's up to people to engage robustly with the administration or risk losing out.

And in the second piece, Renaissance Capital's Charles Robertson writes in the Financial Times that while many parts of the world view the impending Trump Presidency with varying degrees of alarm, some US investors have become "intensely optimistic" about the prospects for their own country. He urges them to also focus on the countries of the East African Community where something "pretty special" is brewing. 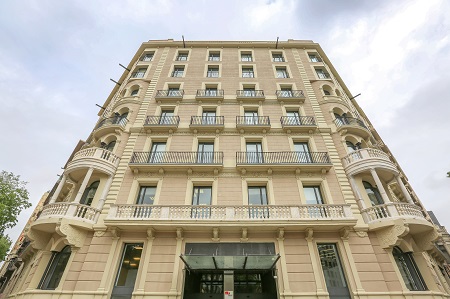