Nhost, the open-source platform helping developers build apps faster with its BaaS solution, raises $3million in a round led by Nauta Capital 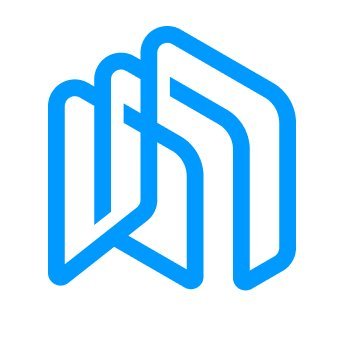 Nhost, the Swedish startup providing backend-as-a-service (BaaS) for developers, has today announced raising $3 Million led by Nauta Capital. Prominent angels including the founders of GitHub, Tom Preston-Werner and Scott Chacon, the founders of Netlify, Christian Bach and Mathias Biilmann, as well as the startup’s existing investor, Antler, also participated in the round.

With a mission to be the go-to infrastructure for developers and teams of all sizes, Nhost has built an open-source solution that offers a fully functional BaaS and application platform that enables its users to build, deploy, and run scalable backend applications in less than one minute.

As a result, developers get instant access to a packaged stack of open-source components, including database, API, storage, user authentication and hosting, therefore eliminating the time and resources needed to build a backend infrastructure, and providing value to their customers as soon as possible.

As industries and businesses become increasingly more digitised – with only 3% of the world’s population being software engineers – availability and competition for talent has increased in recent years.

Johan Eliasson, CEO and co-founder explains: “It’s interesting to see how much innovation is happening in usability on the frontend with tools like Netlify and Vercel, but not as much in the backend, which is what we are trying to change. I’ve spent my career building small and large apps for myself and for clients. It’s always the same generic problem for me and for other developers: How to set-up the backend infrastructure, security, scalability without repeating the process every single time?”

“That’s why we built a flexible and agnostic backend; where there is no limit to what you can build and there is no industry that Nhost is specific for. So, if you’re a developer who wants to develop something, Nhost is a great way to get you up and running in 45 seconds and you can start working on the app-specific frontend features you want to really focus on.”- Johan Eliasson, CEO and co-founder

Moreover, with 80% of web applications requiring standardised features such as database, authentication, storage, user management and notifications, there has never been a greater need for Nhost’s low-code backend solution that eliminates the need to build these repeated components from scratch.

The Stockholm-based startup was founded in 2020, when the two co-founders Johan Eliasson and Nuno Pato met through Antler’s platform.

Having quickly gained traction within the developer community, Nhost is used by a range of customers from tech startups and SMBs to agencies and indie hackers.

“What we see happening is that roughly half of our customers are using Nhost to build new applications from scratch while the other half is integrating Nhost with existing applications and data-sources, proving that Hasura, alongside our open-source authentication solution, is a great choice for centralising data access.

Having the backing from investors such as Nauta and Antler, as well as renowned angels such as Tom Preston-Werner, Scott Chacon, Mathias Biilmann and Christian Bach, is further proof point for Nhost’s potential”, said Nuno Pato, CTO and co-founder.

Anders Hammarbäck, Partner at Antler, adds “With the world becoming increasingly digitized by the day, Nhost is solving an ever growing problem across many industries. Adding to that, co-founders Johan and Nuno both possess the deep expertise needed to build this, along with a genuine passion to solve a pain point that they’ve both experienced first-hand throughout their careers in software engineering. We are proud and excited to continue supporting Nhost as they are now starting to scale up.”

In addition to optimising the platform for enterprise customers, Nhost plans to use the fresh capital to enhance its product, launch a freemium model as well as hire new talent across the business.

Nhost is a Backend-as-a-Service (BaaS) and application platform that enables individuals and teams of all sizes to build robust and highly scalable applications faster. It does so by providing a set of open-source components perfectly tied together with a world-class developer experience. Find out more at https://nhost.io.

Nauta Capital is a  Pan-European Venture Capital firm investing in early-stage technology companies, with offices in London, Barcelona, and Berlin. With over half a billion assets under management and a team of 24 people, Nauta Capital is one of Europe’s largest B2B focused VCs. As a sector-agnostic investor, Nauta’s main areas of interest include B2B SaaS solutions with strong network effects, vertically focused enterprise tech transforming large industries as well as those leveraging deep-tech applications to solve challenges faced by large enterprises. Nauta  has led investments in more than 50 companies including Brandwatch, HappySignals, Marfeel, Nextail, Emjoy, zenloop, Landbot, Onna, Mishipay & Smart Protection Find out more at  www.nautacapital.com

Antler is a global early-stage venture capital firm that builds and invests in the defining technology companies of tomorrow. The firm has offices globally across most major entrepreneurial hubs, including in London, Berlin, Stockholm, New York, Singapore and Sydney.

Founded in Singapore in 2017, Antler is on a mission to fundamentally improve the world by enabling and investing in the world’s most exceptional people, by building complementary co-founder teams, supporting the teams with deep business model validation and providing a global platform for scaling. To date, Antler has invested in and helped build over 250 companies. Of these companies, 40% have at least one female co-founder, and the founders represent 70 nationalities. 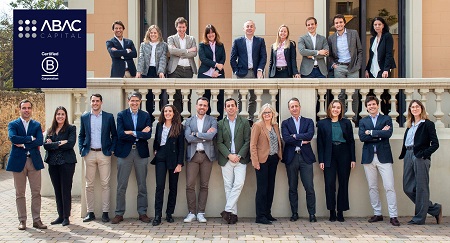 This project has come to life one year after Abac became the first Spa...