Last week in brief... It was all about fundraising last week with the healthy levels of capital commitments confirming that Africa's opportunities are still attractive to private capital investors. The African Renewable Energy Fund took the prize for the largest raise announced last week with the announcement that it had held its final close, hitting its hard cap of $200 million. The Berkeley Energy-managed fund will focus on small hydro, wind, solar, geothermal, stranded gas and biomass projects across sub-Saharan Africa, investing between $10 million and $30 million in IPPs with generating capacities in the range of 5MW to 50MW.

Synergy Capital, the West African-focused private equity investor, held its final close for its first fund at $100 million last week. The fund now has a total of twelve investors, made up of four development finance institutions, seven commercial investors and one sovereign. It has already deployed 20% in three investments in Nigeria and is on the verge of making its first Ghanaian investment. It looks as if they are in for a very busy time with an additional financial services investment planned for 2015 as well as plans for another three or four investments over the next year.

Meanwhile development financier GroFin formally launched its Small and Growing Businesses Fund or SGB Fund last week. The fund, which already has $100 million in commitments, expects to grow to $150 million in the next two years, making it one of the largest funds targeting SMEs in Africa. GroFin anticipates making between 80 ta o 100 investments per year, with typical loans being approved based on viable business plans rather than collateral and ranging from $100,000 to $1.5 million in size.

On the transaction front, the main theme was exits. In selling C-Re Holdings to Saham Finances, Emerging Capital Partners is exiting the 53.6% stake it holds in Nigerian Stock Exchange-listed Continental Reinsurance. ECP had first invested in Continental Re in February 2007 through two funds; ECP Africa Fund II PCC and Central Africa Growth Sicar. Terms of last week's sale to Saham were not disclosed.

In another exit, an AfricInvest-led consortium exited their 59.34% stake in Alios Finance, the French holding company with majority stakes in a group of non-banking financial services companies operating across sub-Saharan Africa. AfricInvest held 23% of the equity, and is now fully exited from the company after this sale to TLG Finance.

In portfolio company news, Waco International, the equipment rental and industrial services business owned by a consortium of private equity investors that include Ethos Private Equity, RMB Ventures and Standard Bank as well as the company’s management, looks set to list on the Johannesburg Stock Exchange before the end of the year. The IPO marks a return for Waco International to the South African bourse. In 2000, Ethos led a buyout of the company, delisting it in the process, before selling it to a group of investors led by J.P. Morgan & Co. and the company’s management for $404 million in 2006. In 2012, Ethos, RMB Ventures and Standard Bank agreed to buy the company in an undisclosed deal. While the amount of capital the company is looking to raise has not been disclosed, Business Day reports that the owners are aiming to sell between 50% and 70% of the business, with both the private equity consortium and the management investment trust selling a portion of their holding. 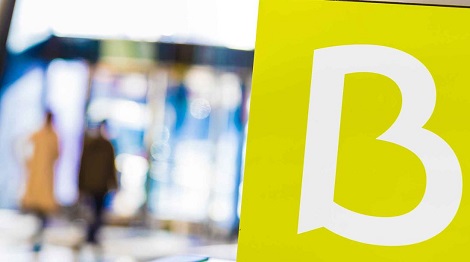