Last week in brief… We're in the season of public holidays on several continents important to Africa's private capital markets which probably accounts for the lack of volume in deal activity last week. Of the deals that were done, there were certainly a couple of worthy of note.

If you've been following the fortunes of Atlas Mara over the last couple of months, you will have read of their efforts to raise more capital. Fairfax Africa proved to be their knight in shining armour, planning to invest at least $130 million of the $200 million the banking platform sought. The deal completed last week, with the investment entity investing a total of $159 million in the offering, securing it a 42.4% stake in the company.

Other deals last week were entirely of a smaller scale. CDC was involved in a maiden deal of sorts - namely making its first investment in a permanent capital vehicle, Solon Capital Holdings, who is the beneficiary of $20 million in equity from the UK's development finance institution. The move reflects a shift in the DFIs investment strategy for markets where businesses require longer-term capital than that provided by the traditional 10-year private equity model.

BitPesa, the much talked-about bitcoin payment startup, closed a top up round to its Series A last week, garnering fresh funds from most of its existing investors, including Greycroft Partners, who led the round. This latest round of funding brings the cumulative amount of capital raised by BitPesa to $10 million, some $4 million more than the cumulative total that the startup had raised by the time it closed its $2.5 million Series A earlier in the year.

One Thousand & One Voices, or 1K1V, made its third deal last week. The private family capital fund is buying SanLei, a trout producer located on the shores of Lesotho's Katse Dam. The company produces and processes sushi-quality trout which is primarily sold in the South African and Japanese markets and has struck an exclusive strategic marketing and distribution agreement with Japan’s largest joint procurement supermarket chain, GCC Japan, allowing it to sell and market its prodcue through more than 4,000 stores.

In exit news, South African private equity firm Sprirt Capital has sold its majority interest in Tidy Files, a document management and storage business, to Metrofile Holdings, who are paying R75 million to acquire the company. Spirit first backed the firm in 2009. It's the second disposal for the private equity firm in recent months, following its disposal of its majority interest in CHC Resources in June.

Mediterrania Capital seems to be in line for a €35 million commitment to its third fund from the European Bank for Reconstruction and Development. The DFI, which backed Mediterrania's second fund, is considering whether to invest in this, the firm's latest and largest planned fund, which is targeting €250 million come final close. Mediterrania Capital launched the fund in March this year.

And finally, in another potential DFI-related investment, the IFC is mulling whether to make a $3 million loan to Goodlife Pharmacy, a LeapFrog Investment-backed chain in East Africa. The loan would be used by the pharmaceutical chain to help fund its $15 million to $20 million expansion plans which call for the firm to expand its footprint to more than 100 outlets across Kenya and the broader East African region over the next few years. 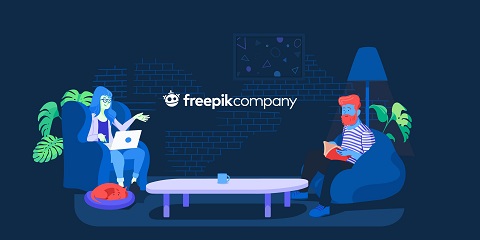