Last week in brief… Private capital deal activity had a distinctly SME flavor last week in Africa. None of the 9-digit values we'd seen in recent weeks were to be found. But the firms doing the deals included some of the continent's leading investors all the same.

responsAbility Investments, the development asset manager, featured once again this week following last week's debt deal with Mobisol. This time, they headed north of the Sahara, backing Egyptian mobile payments platform Fawry on behalf on one of their private equity funds. Terms weren't disclosed. The investment puts them in good company, however. Helios Investment Partners led a consortium that acquired a majority stake in Fawry in 2015, which at the time, valued the company at $100 million.

New York-based Kuramo Capital Management has participated in a $17.5 million private placement for Feronia Inc, an agribusiness operating in the Democratic Republic of Congo. The deal is being done on behalf of a consortium made up of several of Kuramo's funds and Congolese entrepreneur Kalaa Mpinga's investment vehicle, Mafuta Investment Holdings. At the core of Feronia's portfolio is its palm oil business, Plantations et Huileries du Congo, which it acquired from Unilever in 2009. The firm's plantations produce crude palm oil and palm kernel oil, providing livelihoods for more than 8,000 people who are either directly or indirectly employed by the company.

Continuing at its recent pace of investments, AFIG Funds is making a follow-on investment in Primrose Properties Ghana on behalf of its first fund, the Atlantic Coast Regional Fund. The private equity firm first backed the real estate development company in 2015 and has been inspired to invest again following the success of the fund's initial investment in Rhombus, a six-storey Grade A commercial office and residential project located in Kanda, Accra. This time the capital will be used to develop a middle-income housing community in Sakumono.

Novamed, the healthcare platform backed by Amethis Finance, has completed its acquisition of one of Burkina Faso's largest private hospitals from its owners, the facility's medical team. Polyclinique Internationale de Ouagadougou or PCIO for short is one Burkina Faso' s larger private cardiology units, with almost fifty beds. The Novamed acquisition will allow the hospital to increase its investment in its technical facilities, turning it into one of the region's leading centres of expertise and attracting the best medical personnel and a regional set of customers to its services.

Staying with the healthcare sector, Rx Healthcare Fund, a new private equity fund raising $200 million, has landed GE Healthcare as an anchor Limited Partner. The firm, which is headed up by a former Egyptian Minister of Health, Dr. Hatem El Gabaly, will target high growth opportunities in the healthcare sectors, with an emphasis on specialized hospitals, medical diagnostics and pharmaceuticals businesses. The amount of capital for what is described as a minority investment was not disclosed.

Making its second investment in a permanent capital vehicle in as many months, CDC is backing African Capitalworks with $40 million. In early September, you may remember that the UK development finance institution committed $20 million to Solon Capital Holdings, an investment holding company based in Sierra Leone. Africa Capitalworks is a planned $300 million investment company that will target mid-market opportunities in a number of sectors across sub-Saharan Africa outside South Africa. The vehicle was set up in September by Capitalworks, one of Africa's larger private equity firms and will be directed by Beth Mandel and Nana Sao.

FMO, the Dutch development bank, has agreed to back the African Local Currency Bond with a $10 million long-term loan. The fund aims to improve access to financing for the continent's companies by mobilizing domestic capital to invest in local currency bonds. invests up to $5 million in any given issuance, targeting non-Sovereign bonds whose proceeds promote financial inclusion, housing finance, renewable energy, agriculture and supply chain finance. Ultimately, the fund aims to have a total of $150 million in committed capital by the end of this year, which it plans to deploy by the end of 2018.

EBRD is mulling a €20 million commitment to Maghreb Private Equity IV, a planned €200 million sector-agnostic closed end fund managed by AfricInvest, the Africa-focused private equity fund manger headquartered in Tunis. The fund, which has a hard cap of €275 million, will target growth capital opportunities in small and medium-sized businesses in Tunisia, Morocco, Algeria and Egypt. If approved, the commitment would be the second made to an AfricInvest fund by the EBRD, who backed the fund's predecessor, Maghreb Private Equity III in 2012.

There were some interesting people moves announced this week. Idris Mohammed, a partner at DPI for the past 10 years, has joined Carlyle as a Managing Director of their Sub-Saharan Africa Fund. He'll be based in Lagos and focus on West and North African opportunities. Meanwhile, Héla Cheikhrouhou, Tunisia's former Minister of Energy, Mining and Renewables is joining Kupanda Capital as a Senior Partner to lead the firms energy and infrastructure investment and advisory initiatives. And, following Fairfax Africa's investment, Atlas Mara has shuffled its Board of Directors. Fairfax Africa, which owns over 40% of the company, now has board representation, and is joined by two senior banking executives thereby allowing a couple of Atlas Mara's founding directors to step back from their board responsibilities.

Finally, in one of their special reports, the Financial Times explores Mauritius's economy, opportunities and challenges as the island nation positions itself as a hub for global investors looking for opportunities in Africa. 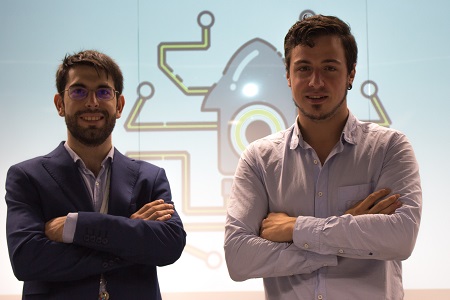