Last week in brief… The last couple of weeks of 2015 were witness to a flurry of private equity-related deals in Africa by the development finance institutions as well as fund managers. For some deals they acted in concert. And among them, healthcare sector deals seemed to predominate.

The Abraaj Group, the leading emerging markets private equity investor and PROPARCO, the French government's development finance institution announced the sale of 83% of their combined stake in Unimed, Tunisia's second-largest pharmaceutical company, to a consortium of investors that include SQM, Blakeney Capital and the Tunisian-Kuwaiti Consortium for Development.

Heading further south to Mauritius for yet another healthcare deal, PROPARCO is investing an undisclosed amount for a 15% stake in CIEL Healthcare Limited, a platform company sponsored by diversified investment company CIEL Group. IFC, the American development finance institution is also the round, funds from which will be used to acquire and develop a network of private hospitals across sub-Saharan Africa.

And in yet another healthcare deal, the IFC and the Danish Investment Fund for Developing Countries are each backing Falck Medical Services Africa with $20 million as part of a $100 million deal to build a network of clinics providing access to basic but high quality healthcare services to people across the sub-Sahara.

Meanwhile, Duet Africa Private Equity is acquiring SAPLED from its founders, the Sifaoui Group, in an undisclosed transaction. The deal is a bet on the increased sale and consumption of the company's products and brands across francophone Africa driven by the region's growing middle class. In the financial services sector, Apis Partners is taking a "significant minority" stake in MicroCred Holdings, a microfinance institution that provides financial products and services to under-banked populations in seven countries in Africa and Asia. And impact investor Investisseurs & Partenaires has acquired a 48% stake in Tincy Boulangerie, a bakery in Benin. In all cases, financial terms of the deals were not disclosed.

Off Grid Electric continues to attract investment. This time a consortium of Family Offices including the Packard Foundation, Ceniarth and the Calvert Foundation are backing the solar power distributor with $40 million in debt. The deal brings the total amount of capital raised by the company in the last few months to $70 million.

On the fundraising front, investment firm Marathon Group is teaming up with UK-based Duet Group to launch a $300 million private equity fund targeting opportunities in Africa. Duet Marathon, as the fund will be known, will look for deals in sectors benefiting from the growth in private consumption in some African countries, including food and beverage, healthcare, financial services, communications and retail. And back to healthcare, Investment Funds for Health in Africa has held the second closing for their second and latest fund, IFHA II, garnering $136.8 million from a diverse mix of public and private organizations including the IFC, EIB, FMO, DGGF, ACHMEA and others. The fund will target core platform companies, supporting them in making one or more acquisitions, thereby helping them reach new customers, markets and technologies.

Finally, a number of interesting items caught our eye since we last published. Lucinda Verster from Bowman Gilfillan published an op-ed piece in South Africa's Business Day on upcoming developments in competition law in South Africa and the rest of the continent. Brookings Africa Growth Initiative trailed a couple of pieces from their upcoming Forecast Africa report on free trade agreements and urbanization in Africa. And Standard Bank's David Humphrey writes in the Financial Times reviewing the investment and development activities in Africa's power sector last year. 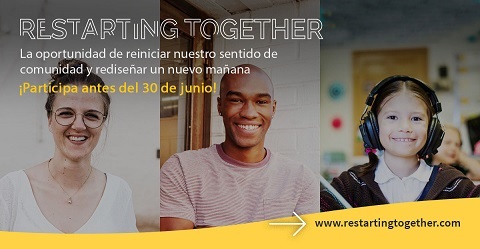