Last week in brief...Two deals which will lead to the delisting of a couple of companies from the Johannesburg Stock Exchange caught our attention last week. The larger of the two features PepsiCo which got the go-ahead from South Africa's Competition Commission last week for its planned acquisition of Pioneer Foods. Valued at $1.7 billion, the deal is the largest Pepsi has ever undertaken in sub-Saharan Africa, making it a landmark transaction.

Pepsi first made its offer in the middle of last year and Pioneer Foods shareholders almost unanimously signed off on it in December. One of the main beneficiaries will be Zeder Investments, the agribusiness investor, which held 28.6% of the outstanding shares and looks to be in line for a cash windfall of more than $300 million when everything is finally settled. Zeder will return a lot of the money to its shareholders, reserving some for further investment in existing current and new opportunities.

Phatisa's first transaction for its second food fund will also take a listed company private. The South African private equity fund has completed its deal to acquire Rolfes Holdings, a chemical manufacturer and distributor, in partnership with some of its larger existing investors and the firm's management team. Phatisa Food Fund II now holds 44% of the business, with an option to raise that to 51% while Masimong Chemicals, Sabvest Finance, and a few of the management team hold the balance of the company.

Wamda Capital's Managing Partner Khaled Talhouni has just left the firm to strike out on his own and launch a new fund anchored by the Al Faisaliah Group, a Saudi-based conglomerate. Nuwa Capital's new fund, which is aiming to raise $100 million, will invest in startups based in the Middle East, North Africa, East Africa, Turkey, and Pakistan, primarily targeting opportunities in the direct-to-consumer, fintech, mobility logistics, and enterprise sectors. Its preferred investment stage runs from seed to Series B deals.

Inspired Evolution has closed a deal backing a solar project in Burundi being developed by Gigawatt Global, a US-Israeli developer specializing in frontier markets projects. The transaction, which is the fifth investment for Inspired Evolution’s second fund, is structured as a combined equity investment and construction loan which gives the Cape Town-headquartered investment firm a controlling equity stake in the project. Construction has already started on the 7.5MW solar PV project, which, once completed, is expected to provide over 87,000 people and businesses with power.

In West Africa, HQ Financial Group, based in Singapore, is investing debt in a four-year-old Lagos-based financial technology business serving West Africa’s low-income consumer segment. This is the second capital raise for the company, Aella, which previously raised $2 million of seed capital from a group of high net worth and angel investors which was used to build its technology. For this debt round, HQ Financial is lending the firm $10 million structured as a hybrid loan made up of both short term and long term notes. 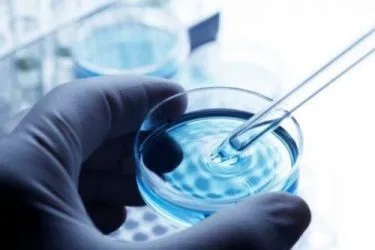