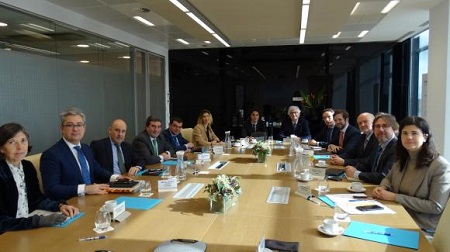 For José Luis Curbelo, these figures show a high degree of compliance with the Strategic Plan 2019-2021 in its first year of application. "We have been able to reach high levels of activity and to adapt to the needs of companies, while we have introduced, the promotion of sustainability as one of the company's essential vectors, in line with the 2030 Agenda".

The closing figures for the year were presented today to the COFIDES Board of Directors and, in the opinion of its Chairman, "they show that the Company is progressing with the coordination of its business strategy with compliance with the Sustainable Development Goals (SDGs)”." He added that "all of us -the entire international community, governments, the private sector, and civil society- we have only 10 years to achieve compliance with the demands of the 2030 Agenda and we must redouble our efforts so that we can do so. According to estimates by the United Nations, achieving the Sustainable Development Goals will require an annual mobilisation of between 5 and 7 billion dollars, of which about half must be directed towards developing countries”.

SUSTAINABILITY AND THE FIGHT AGAINST CLIMATE CHANGE

José Luis Curbelo highlighted the support for projects that will involve climate change mitigation. Thus, in 2019 COFIDES supported operations that will generate over 830 MW of sustainable energy, which is a figure higher than the sum of the investments from the previous seven years. Moreover, COFIDES' investments will contribute to the creation of over 6,000 direct jobs abroad.

The COFIDES chairman also pointed out that "there are many Spanish companies in the sectors of renewable energy, transport and energy infrastructure, urban development and mobility, water and sanitation and sustainable agriculture that are global leaders and have major potential to compete in the most demanding markets. For this, they can draw on both the resources for the internationalisation of Spanish companies that COFIDES manages (FIEX and FONPYME funds) as well as those of the United Nations Green Climate Fund or the ‘combined financing’ -blending- of the European Union.

To consolidate its commitment to compliance with the SDGs, in 2019 COFIDES launched a new incentive system among its entire workoforce in order to improve the management of the strategic impact of the portfolio. Compliance with the SDGs has thus been linked to a variable tranche of the remuneration of all employees. “This is the result of the total commitment of employees and shareholders to compliance with the 2030 Agenda and the Sustainable Development Goals and we hope to expand it even further in the coming years with the aim of strengthening our sustainable financing strategy.”

José Luis Curbelo also noted that COFIDES' collaboration with Spanish Cooperation (AECID) projects achieved record numbers, which will contribute to generating over 100,000 jobs in the poorest countries. He highlighted the pioneering manner in which the first joint investment operations involving both institutions in projects with significant developmental impact had come to fruition. 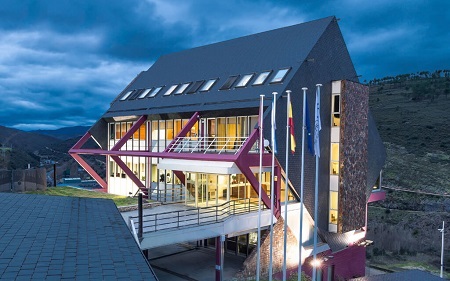